If you are a cricket fan then you would have seen this simple but very addictive game called Doodle Cricket by Google. It’s crickets, playing… ah, cricket.

If you want to beat your brother or show off to your class mates your cricketing skills, then this hack is just for you. Check out the video below to see how to change the score to whatever you want. 999 is the highest score though.

To be believable, you want to change it to something 910 (when your friends are not looking) and then continue playing while calling your friends over and pointing out your score. This will surely impress them.

Basically you want to jump into developer tools and search the Javascript code for a string called “highScore”. What is Javascript? Javascript is a popular programming language that is simple to learn but very powerful. Javascript was used to create Doodle Cricket. It is actually a scripting language designed as a simplified version of Java but it has become very power and popular that many now just learn Javascript.

Once you have found the text string, play the game first to get some runs and then set a breakpoint to pause the game. Then print the value of v to confirm that it matches the score on screen using this.v. Then you can set you magic score with the command “this.v=931” for example.

How to hack Doodle Cricket option 2

The above option does not allow you to set a score lower than the record but it does allow you to continue playing from the new score you just created. If you want to set the score without actually having to play and set the score to any number you want then you need to modify where the score is stored.

The score is actually stored in a place called local storage. If you open up developer tools (View > Developer > Developer Tools) and click on Application you should see a place called Storage on the left hand side. Click on Local Storage and then on Doodle Cricket. Then find the key named “doodle-cricket17-score”. The value should be the high score for the game.

To modify the score you’ll need to type these commands:

The key will be “doodle-cricket17-score” and the value will be whatever score you want to set it to. For example:

Then hit refresh and you should see the new score.

Do you want to reset a Doodle Cricket score maybe as a trick on a friend? It might make them angry but at least you know how to get their score back and remain their friend!

In Chrome on a Mac, go to Chrome > Preferences and then select AutoFile and then clear cookies.

What about other games?

Yes, other games also work such as Google baseball. Give it a try and let us know how you went. 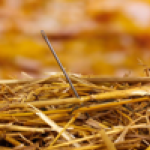 In this section we look at while loops. While loops are similar to for loops but the main difference is...

In this section we learn about logical operators. There are 3 to learn. AND, NOT and OR. The symbols we...